A high Quality Control in compliance with international standards

China Risun Group Limited (“China Risun”) was founded in 1995 with its headquarter in Beijing. Through 27 years of efforts, it has developed in to a large corporate group with coordinated development of its business segments including coke, chemicals, trading, operation management and technology output services. It has production bases in Xingtai, Dingzhou, Tangshan and Cangzhou.

No.1 in the World

The world’s largest independent producer and supplier of coke by volume, for approximately 1.3% and 1.8% of total production volume in the world and China

No.1 in the China

The largest producer of industrial- naphthalene-based phthalic anhydride and coke-oven-gas-based methanol by volume in China, for approximately 14% and 6.8%, of the total production volume in China

No.1 in the World

Engage in the trading of coal, coke and refined chemicals 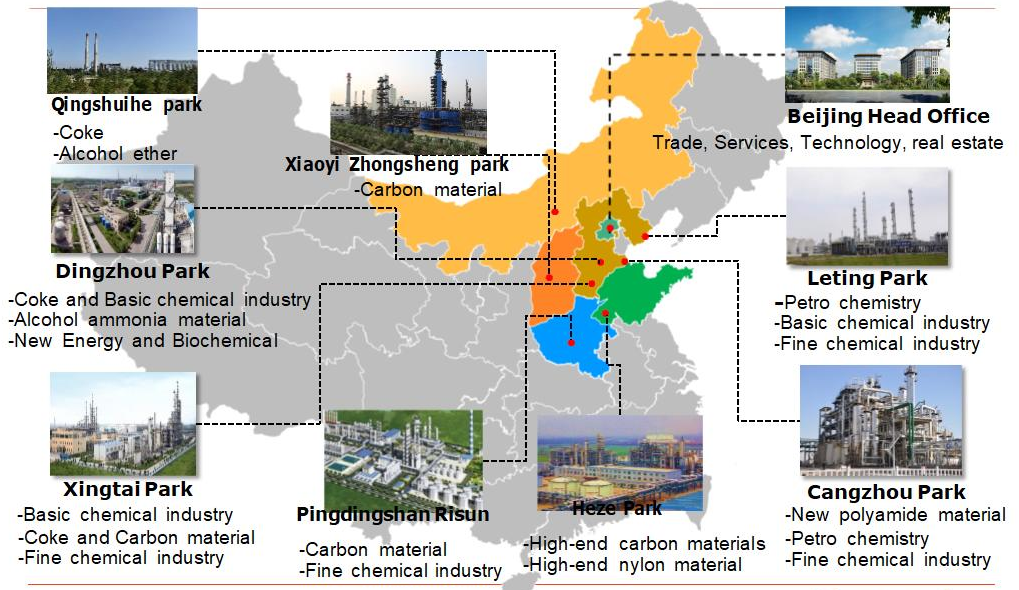